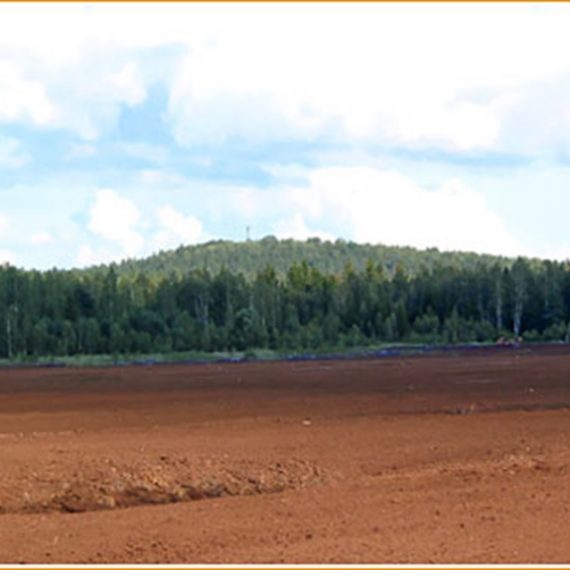 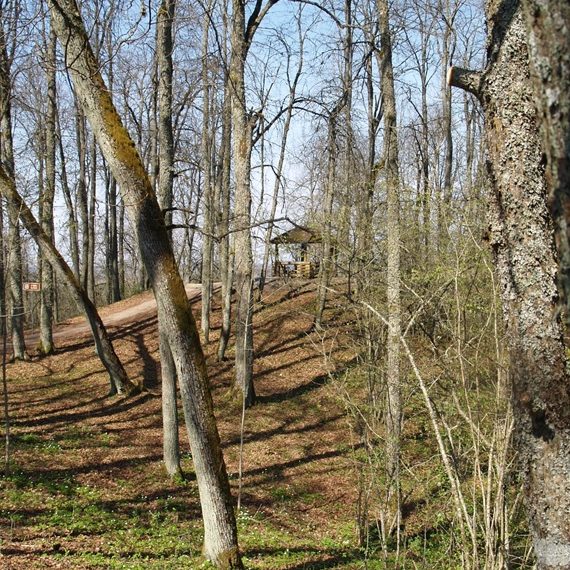 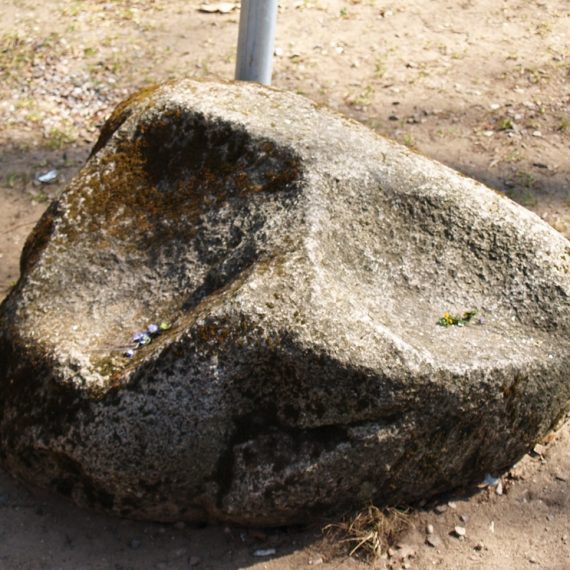 Zilais kalns, of the municipality Kocēni, is the highest point of NW Vidzeme, Latvia. Geologically it was formed as the result of the movements of the glacier and under ice streams. Zilais kalns is included in the North Vidzeme Biosphere Reserve, established in 1997. Zilais kalns is one of the first listed nature reserves of Latvia. Zilais kalns is rich in biodiversity. It is worth to mention, that the richness and diversity of the plant species is one of the significant marks of ancient holy places in Latvia.  Accordingly to old folk songs and sayings, part of those plants was used in folk medicine, and in modern homeopathy. The meaning of the Latvian name Zilais kalns means Blue Hill. Blue colour in place names very often is on of the marks to identify the place as the holy place. The main motifs in the folklore are connected with the use of the hill as an ancient holy place.  Zilais kalns as the unofficial cemetery of local peasants was mentioned in the 17th century written records. In this cemetery the local people have been buried without acceptance of the Church.

During medieval times, or even earlier, there are folklore tales describing big and regular markets close to Zilais kalns. Those markets were connected with of orphans, who came to the hill from very distant places. Visitors of the markets must give donations to the orphans. Part of the folklore is connected with stories about men, who had special healing abilities. Written records on  the archaeological findings and results of archaeological excavation Zilais kalns was included in the list of Protected Archaeological Monuments of Latvia in the 1920s. Zilais kalns as the ancient holy place has been widely accepted by the Latvian people in all times. From the beginning of 1990s to the present Zilais kalns has been increasingly used for the rituals of followers of old Latvian traditions, dievturisms or neo-pagans. Unfortunately these activities have resulted in unauthorised moving of the Offering stone from its previous place, and erecting it in a new place. Additionally, several stone constructions like a stone circles and stone settings have been built, and a number of stones were unearthed from their original spots giving to them a new visual image, what is not accepted by the authorities. The activities of the authorities faced attacks of the followers of new traditions.