Nature Saint and Holy Island, ancient values in a modern econ-omy: The enduring influence of St Cuthbert and Lindisfarne, UK.

The Holy Island of Lindisfarne is located on the north east coast of England, on the border with Scotland. It is accessible at low tide, across sand and mud flats, which carry an ancient pilgrim’s way and a modern road causeway. It is surrounded by the 3,541 ha Lindisfarne National Nature Reserve which protects the island’s sand dunes and the adjacent inter-tidal habitats (Natural England, 2005). The extensive dunelands, intertidal sand and mud flats, saltmarsh and ancient raised beaches support a wide variety of plant life and attract vast numbers of birds. Most of the area is a National Nature Reserve and a Wetland of International Importance designated under the Ramsar Convention. 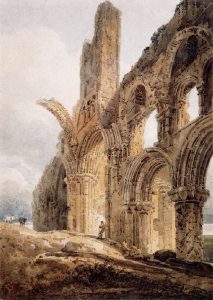 Holy Island, Lindisfarne was founded as one of the first Christian monastic communities in England in AD 635, and for 240 years it was a centre of early Christian learning and missionary endeavor. It is associated with several Saints including St. Cuthbert, who lived on the island. Holy Island has been a Christian holy site and pilgrimage centre since the 7th century, and has played a pivotal role as a ‘cradle’ of Christianity in Northern England and Southern Scotland. Nature and spirituality are very much linked here through a line of ‘Nature Saints’ of which St. Cuthbert is best known in the area. He has been considered by some as England’s first ‘nature conservationist’. The spiritual values of the island are mostly associated with these saints, the places linked with them and the relationship with the island and its wildlife. The island has a small resident community of 150 people and a number of active Christian groups including Anglican, United Reformed Church and Catholic. More recently it has become a node in the revival of Celtic Christianity, an indigenous, if somewhat contested, type of Christianity where the spiritual values of nature are overtly expressed. In addition to natural and spiritual values, the island is important for local community, heritage, and also for economic values.